Imagine this: homemade baked mac and cheese with a super creamy, cheesy sauce made from scratch. Sounds good, right? What if we loaded it with lobster tail meat—even better? Okay, okay… what if I layered the lobster mac and cheese with even MORE cheese, then topped it off with butter bacon breadcrumbs? Freaking amazing, right?!

Well, Cousins, that is what I did! I made the best lobster mac and cheese EVER a couple of nights ago. Now I know I must share the recipe with you!

My Inspiration for Seafood Mac and Cheese

I planned on posting a seafood macaroni and cheese recipe a few years ago. Y’all know I love me some creamy seafood recipes, like my seafood macaroni salad or my seafood baked ziti recipe. A few years back, I went to Margaritaville in Las Vegas and fell in love with their seafood mac and cheese. It was so freaking good I swore up and down that I would recreate it (I even posted about it on my Instagram!). However, I never got around to it.

Fast forward to now. I was grocery shopping a few days ago and decided it was time. So I gathered up all the ingredients to make homemade seafood mac and cheese. However, once I reached the seafood department, I changed my mind. Instead, I decided to make a simple lobster macaroni and cheese. I thought it would be a little easier and, of course, less expensive than making a fully loaded seafood mac and cheese with scallops, crab, shrimp, and lobster (but of course, I still wanted to make it feel dressed up and special).

Once I got home and unpacked all my ingredients, I decided I wanted my baked mac and cheese to have a crisp topping. That’s where the bacon breadcrumbs come in. The rest is history! Now, y’all have a creamy, delicious, homemade from-scratch lobster mac and cheese recipe.

It’s a little boujee, but it’s perfect for a special occasion. Holidays, the occasional date night, just because you’re feelin’ fancy. It’s what I call comfort food at its finest!

What’s in Lobster Mac and Cheese?

This homemade lobster mac and cheese recipe is made with pretty simple ingredients. If you’ve already peeked at the recipe card at the end of this post, it may look like a lot of steps, but I swear it’s actually a pretty easy recipe! The best homemade lobster mac has three main parts:

How to Make Homemade Lobster Mac and Cheese

Step 1: Make the bacon for the bacon breadcrumb topping.

You want to start by cooking the bacon for our buttery bacon breadcrumb topping. You can either cook the bacon in the oven, like I did or pan-fry it. Either way, you want it nice and crispy. Make sure to reserve some of the bacon grease, which will add tons of flavor to our cheese sauce.

Our homemade cheese sauce starts with a simple roux—salted butter and all-purpose flour, with some of that savory bacon grease. After the roux is formed, you’ll add the evaporated milk, half and half (you can also use heavy cream if that’s what you have on hand), and sour cream.

At this point, you can add some basic seasonings—salt and pepper, garlic powder, onion powder, or even some cayenne pepper for a kick of heat. It’s up to you and your tastes, but basic salt and pepper are a must!

Finally, once that cream sauce is nice and bubblin’, lower that heat and add in the cheese. I use muenster and smoked gouda as the base for my creamy cheese sauce. You can use your favorite kinds of cheese—mild or sharp cheddar cheese, cheddar jack, Italian cheese, the possibilities are endless! Off-the-block cheese melts so much better than pre-shredded, and for this fancy mac and cheese recipe, it is 100% worth it! After the cheese is mixed in and fully melted, take the cheese sauce off the heat, so it doesn’t overcook.

This is the easiest step of them all. Simply cook the pasta based on the package directions. For the perfect al dente pasta, cook for 6-7 minutes in boiling, salted water. Once it’s done, drain the pasta (don’t rinse it, and you don’t have to save any pasta water for this recipe), and add it to the cheese sauce.

Note that it will seem like you have a LOT of cheese sauce for the amount of pasta. This is how we want it—we don’t want no dry mac and cheese in this house! So don’t worry; this lobster mac and cheese will be the creamiest, cheesiest, least dry seafood mac and cheese you’ve ever had, baby.

For this next step, all you have to do is toss the bacon into a food processor with some breadcrumbs and butter, pulse it up, and you’re good to go. Some tips for the best breadcrumb topping:

Step 5: Get ready to bake the lobster mac and cheese!

The final step—prep and bake! First, add the chunks of lobster meat to the mac and cheese sauce and mix. If you’re using pre-cooked lobster like I am, you don’t want the meat to overcook, so don’t leave it on the stove for too long after adding it to the cheese sauce.

Pop this babe in the oven at 350 degrees for 20-25 minutes until the top is nice and golden brown and that creamy cheese is bubbling. Y’all. Mouthwatering. Cheesy. Creamy. THE BOMB.

What to Serve with Homemade Lobster Mac and Cheese

This creamy lobster mac is honestly the star of the show. It can absolutely be your entrée! You could serve it alongside steak for a surf and turf dinner if you feel extra fancy. As far as side dishes for lobster mac and cheese, simple is better! Serve with homemade garlic bread or cheesy garlic and herb cornbread. Buttery breadsticks, homemade dinner rolls, or a tossed green salad are simple and allow the lobster mac to take all the attention.

FAQs and Tips for Making Lobster Mac and Cheese

How do you reheat lobster mac and cheese?

To avoid overcooking the lobster meat, the best way to reheat lobster mac and cheese is in a 300-degree oven until heated through, about 15-20 minutes.

Can you make lobster mac and cheese ahead of time?

Absolutely! You can make this lobster mac and cheese 3-4 days ahead of time. I recommend waiting to put the breadcrumb topping on until you bake it the day of to ensure the topping is perfectly crispy.

Can you freeze lobster mac and cheese?

Yes! You can freeze seafood mac for up to 3 months. Then, when you’re ready to serve, allow the mac and cheese to thaw, then bake like normal.

It’s safe to say I will be serving this lobster macaroni and cheese at many of my upcoming dinner parties. It’s perfect for celebratory holidays, special occasions, and so much more. It might be a splurge meal, but it is oh-so-worth it, y’all! If you loved this recipe, let me know in the comments below! Also, make sure to check out the video tutorial in the recipe card to see step-by-step how to make homemade lobster mac and cheese my way.

Want more mac and cheese recipes? Y’all know I got plenty! Here are some reader faves: 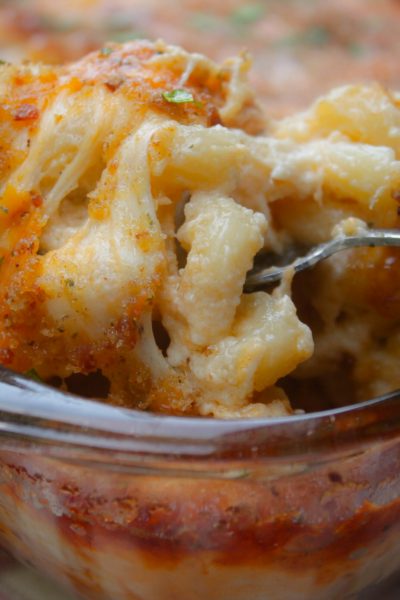 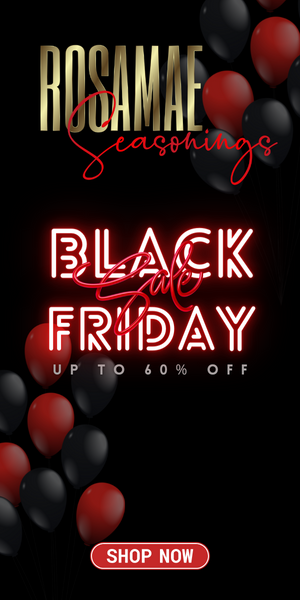 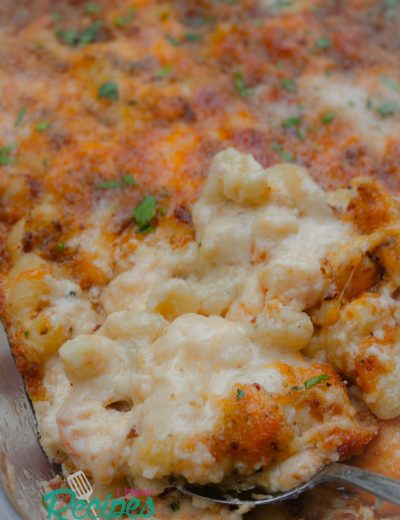 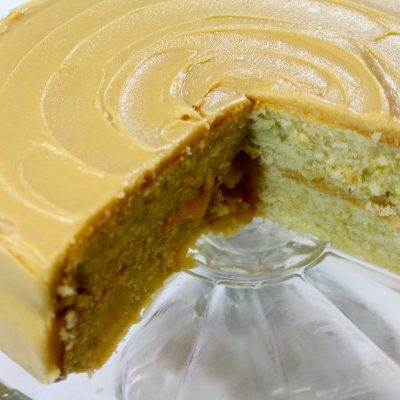 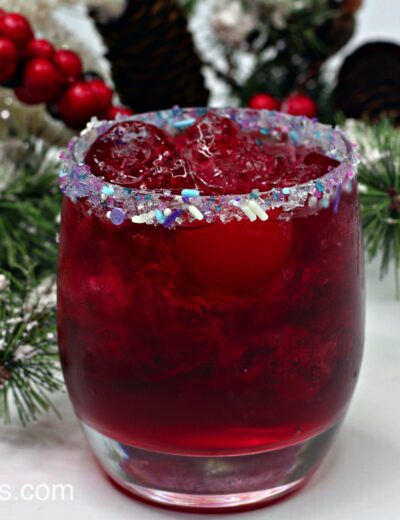 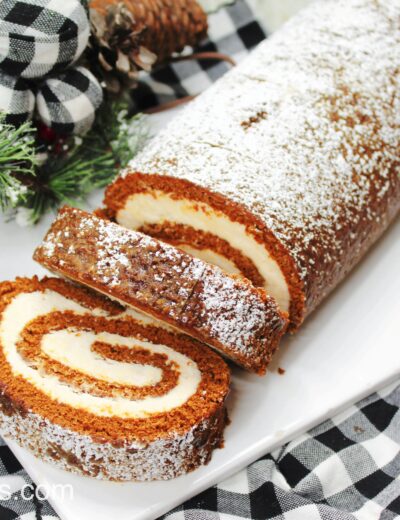 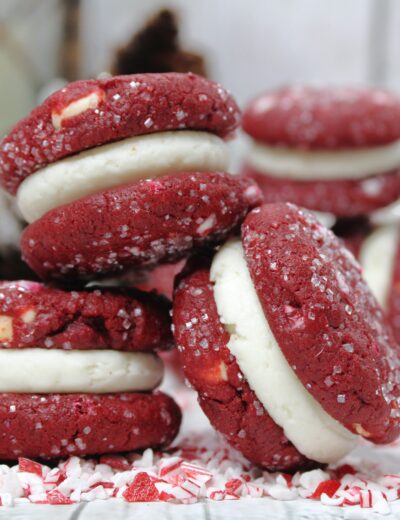 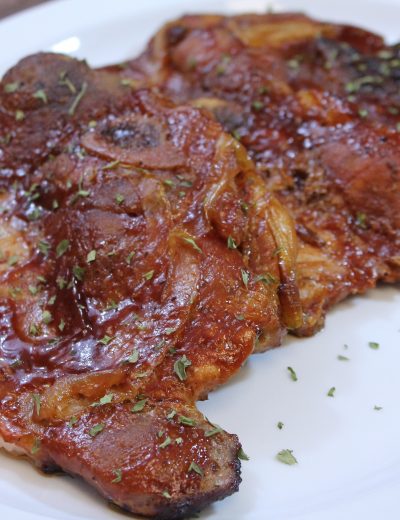 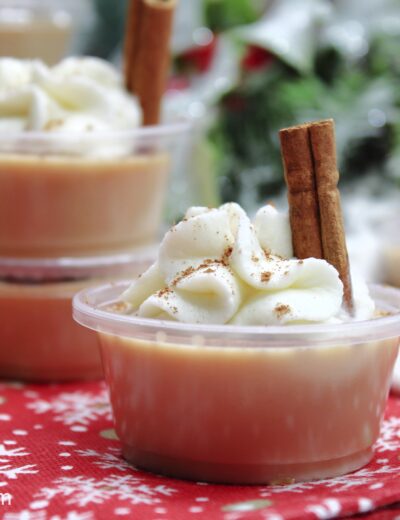 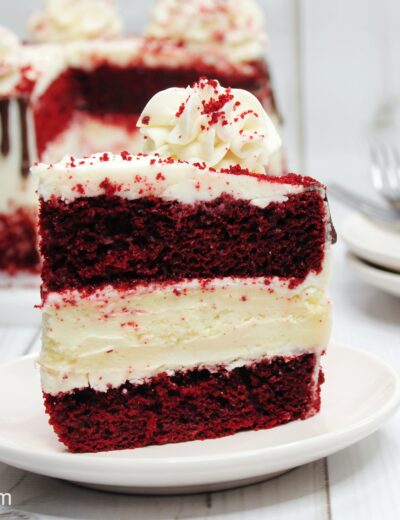